The AMSLS: Recognising twenty years of research into the lived experience of MS

The Australian MS Longitudinal Study (AMSLS) is Australia’s longest-running study of “patient-reported outcomes” in MS, and one of the longest-running in the world. Remarkably, it captures data from around 10% of people living with MS in Australia, with up to 3,000 people participating in surveys every 6 months. Such a high proportion of national engagement is an impressive achievement and one that even the very large US-based NARCOMS longitudinal study only aspires to reach. This is a testament to the altruism of our participants, and the collaborative work of partners: MS Australia, the Menzies Institute for Medical Research at the University of Tasmania and originally, including the University of Canberra.

Where it all began

The AMSLS was the brainchild of researcher Dr Rex Simmons and colleagues at the University of Canberra, who in the 1990s, were researching MS genetics using mailed surveys and DNA samples. In the course of this work, Dr Simmons observed that many issues impacting the quality of life for people with MS were “flying under the radar,” and not being addressed in the clinic. With the large national network of generous research participants already established and a band of enthusiastic volunteers to help with mailouts, the first AMSLS survey was rolled out in 2002 to give a voice to the unmet needs in MS.

The legacy of the early AMSLS work has retained significance in the lives of people with MS, even twenty years on. One of the first studies came about when the team noticed a discrepancy between symptoms reported by people with MS in an anonymous survey, and what their doctors reported independently using the same scale. Dr Simmons asked 2,700 people with MS for suggestions on how to address this gap. Many people commented that they didn’t want to complain or bring up old problems, but suggested that the healthcare team ask “But how are you… really?” to encourage people with MS to discuss their ‘invisible’ symptoms, such as fatigue or cognitive issues. Today, these issues are generally much better addressed in MS healthcare, but it remains critical that people with MS speak up about their silent symptoms to best manage their disease.

Another very practical issue was that a person’s MS got worse in the heat. This was a well-known phenomenon anecdotally, but formal evidence was lacking. The AMSLS team showed that 90% of people experienced difficulties in the heat, including worsening of MS symptoms and reduced ability to work. They also showed that MS households spent up to 12 times more on cooling costs and that 10% of people with MS could not afford air conditioning. The subsequent report and advocacy to the government by MS Australia ultimately resulted in NDIS funding of air conditioning costs for people with MS.

Move to the Menzies Institute

With Dr Simmon’s retirement in 2014, the AMSLS moved to the Menzies Institute for Medical Research at the University of Tasmania under the direction of epidemiologist, Professor Ingrid van der Mei. The Menzies team have continued the work that began in Canberra, to monitor employment issues and outcomes in MS and how these have changed over time with the availability of more effective medications. Another report commissioned by MS Australia measured the Health Economic Impact of MS in Australia in 2017. The report highlighted the escalating costs of MS as disability worsens, and continues to be an invaluable advocacy tool towards better MS treatment options and a pathway to finding a cure.

To find out more about the diverse work of the AMSLS, click here.

AMSLS participants complete a regular survey every six months, monitoring the lived experience of MS, and sensitively capturing changes such as those related to the impact of the global pandemic. In addition, there are special surveys each year targeted towards areas of particular interest or concern to people with MS. In 2016, people with MS contacted MS Australia to express concern that access to MS Specialist Nurses across the country was declining. This culminated into a detailed survey of people’s access and use of MS Nurse care in Australia, with MS Australia’s commissioned report soon to be released (April 2022) towards advocacy for this area of need. In 2022, the surveys will seek to understand people’s sleep, anxiety and depression, and the effect of MS on self-concept.

“99% of the time, after I’ve filled in those surveys, I feel a sigh relief for me. It’s like, these people really care about how I’m feeling, or what I’m going through. Because, the way the questions are worded, they’re a lot more in-depth than your general practitioner, or what your specialist would ask you. And these are questions that I don’t really want to answer to family and friends. So, for me, it’s like, “Well, somebody understands what I’m going through… And they’re interested in finding out my answers and if my answers help the next generation of people being diagnosed with MS and their journey through it. And if it makes that easier for them, that is the whole reason I did this.”

Amidst the pressures of the pandemic, an ageing population, and an ever-changing medication landscape, we always welcome the perspective of new participants. If you would like to help or would like further information, please reach out to the AMSLS team at AMSLS.info@utas.edu.au  or on (03) 6226 4739. 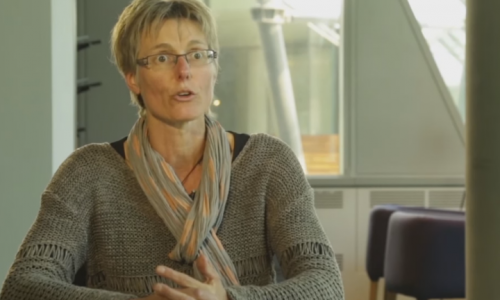 The Australian MS Longitudinal Study – what survey data can reveal The Menzies Institute for Medical Research (an institute of the...
Read more The AMSLS: Recognising twenty years of research into the lived experience of MS