Oral health is a core part of general health and is linked to an individual’s social, psychological and physical wellbeing. Symptoms of MS such as spasticity, weakness, fatigue, mobility, and balance issues may interfere with effective oral care. Cognition is a complex concept that goes beyond just thinking and memory; it is the ability to perceive and react, process and understand, store and retrieve information, make decisions and produce appropriate responses. Performing an assessment of cognition often involves assessing multiple domains, such as language, information processing speed, attention and working memory. This MS Australia funded incubator project, which aimed to assess oral health and cognition in people with relapsing remitting MS, was led by Dr Matthew Nangle and his team from The University of Queensland, together with practising MS specialist neurologists in Brisbane.

What did the study investigators do?

Published in Clinical Oral Investigations, the researchers set out to explore two main predictions from what is already known about the relationship between chronic illness and oral health:

A total of 111 people took part in the study, comprising of 56 people living with relapsing remitting MS and 55 people without MS, as the control group. All participants underwent an oral health assessment and neurocognition tests, which assessed six different domains of cognition, such as language, information processing speed and executive function (the ability to organise, prioritise and plan). Participants with relapsing remitting MS were recruited from neurological clinics and those without MS from the community. Computerised statistical programs were used to analyse the data.

What did the study results show?

The average age of participants was 44 years and 61% of participants were female. The average disability level was mild to moderate, the duration of living with MS was just over eight years and 30% were current smokers. In terms of cognition, the relapsing remitting MS participant group showed significant impairment in three of the six domains that were tested – language, complex attention and executive function. In terms of the oral health assessments, both groups reported the same oral health behaviours, but the relapsing remitting MS participant group demonstrated poorer oral health in two key areas – the number of decayed teeth and in the gingival index (indicating increased rates of gingivitis, a gum disease). While people with relapsing remitting MS had reduced cognitive function and poorer oral health, the researchers did not find a link between the two.

How does this study help our understanding of oral health and cognition?

This study confirms previous research that shows people with relapsing remitting MS are more likely to experience poorer oral health and reduced cognitive function than the general population. However, the study has also shown, for the first time, that these findings are unrelated in relapsing remitting MS. That is, people with relapsing remitting MS have poorer oral health, but it is not because of a direct connection to reduced cognitive function. The researchers found this surprising and contrary to what they had predicted at the start of the study. This emphasises the need for early assessment of oral health and cognition in people with MS, so appropriate interventions can be initiated, and support provided.

It would be interesting to continue this work in people living with progressive types of MS and with people living with relapsing remitting MS of longer duration, to determine if the findings are universal to MS, or if there are needs particular to the progressive MS population. In the meantime, MS healthcare teams are better informed to provide information to people living with MS by highlighting how maintaining oral health can impact positively on general health and wellbeing, both essential to living well with MS. 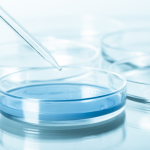 What happens to the immune system of people with MS after AHSCT?Featured Homepage, MS Brainbank, MS Trials, News