In a media release issued on 1 December, pharmaceutical company Novartis, the makers of Gilenya (fingolimod), have announced that a phase III clinical trial of Gilenya in people with primary progressive MS has shown no evidence that the drug can slow the progression of disability in this form of MS.

Primary progressive MS affects around 10% of people diagnosed with MS. It is characterised by none, or very few, of the acute attacks that are typical of relapsing remitting MS. Instead people with this form of MS experience gradual, irreversible accumulation of disability from the outset.

Data from the earlier trials of fingolimod in relapsing-remitting MS have shown it may reduce the rate of brain shrinkage, as well as being very effective in suppressing the inflammatory relapses. Fingolimod is also known to enter the brain and interact with cells involved in causing damage in the brain and spinal cord. This led to efforts to test whether fingolimod could also have a beneficial effect  for the progressive forms of MS.

The phase III trial, known as INFORMS, included 970 people with primary progressive MS who were enrolled across 18 countries, including Australia. Patients were treated for at least three years.

The primary aim of the trial was to assess whether fingolimod could reduce the risk of accumulation of disability (defined as a sustained increase in disability over a three month period) in comparison to a dummy tablet (placebo). Disability accumulation was assessed by a composite measure of Expanded Disability Status Scale (EDSS), assessment of upper limb function (9-Hole Peg Test), and walking speed (25-foot Timed Walk Test).

On this measure, Novartis have announced that fingolimod did not show any efficacy in reducing sustained disability progression in comparison with placebo.

This is very disappointing news for the MS community who are frustrated by the current lack of treatments for progressive forms of MS.

However, as with all clinical trials it is crucial that both negative and positive results are published and examined in detail. Even a negative result can teach researchers more about the underlying disease processes and the mechanisms by which drugs work.

At this stage, Novartis have only announced this main finding from the trial. Publication of the full trial results and analysis of further data, such as information obtained from MRI scans and other measurements, will help shed further light on the results of the trial.

The search for treatments for progressive forms of MS is very much the focus of researchers around the world and MS Research Australia recently joined the International Progressive MS Alliance to assist in accelerating progress in this area. Learn more here. 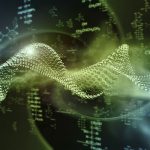 Pulling together the threads to understand MSNews 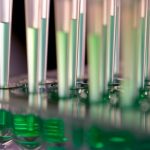