What are B cells?

B cells are an important arm of the immune system, producing antibodies to foreign invaders such as bacteria and viruses. But B cells have other roles, such as displaying foreign substances to other immune cells and directing them either towards “activating” (inflammatory) or “dampening” (anti-inflammatory) immune responses.

The role of B cells in MS has been confirmed by the effectiveness of therapies that deplete B cells, such as Ocrevus (ocrelizumab) and Kesimpta (ofatumumab). Specifically, these therapies deplete a subgroup of B cells that contain the “CD20” molecule. CD20 B cells do not produce antibodies, suggesting that other functions of B cells are important in driving MS.

What is EBV reactivation?

There have been huge leaps in our understanding over the last 50 years, confirming that infection with EBV (which causes glandular fever in a small percentage of people infected) is a risk factor for MS.

EBV infection is now thought to be necessary, but not sufficient by itself, for the development of MS, with the strongest evidence published earlier this year. But we don’t yet know how EBV enables MS development.

Most adults are infected with EBV, but the virus mostly lies dormant (inactive) in the body. Occasionally, the virus is “reactivated” to replicate itself, shed infectious viral particles and stimulate an immune response.

Dr Jonatan Leffler from the University of Western Australia and the research team investigated changes in B cells in the blood in early MS. They also tested for EBV reactivation in the blood. These findings were published in the journal Frontiers in Immunology, and the study received funding support from MS Australia and MSWA.

There were other B cell changes found in early MS that were not related to EBV. One of these was an increase in “IgA+ memory B cells”. These B cells are known to react to microbes in the gut, but they can migrate to the brain in MS and exert anti-inflammatory activity. They may also be elevated in response to disturbances in the gut microbiome, which have previously been reported in MS. Further work is required to understand the function of these B cells in early MS, but it is possible they are recruited to the brain to dampen immune responses.

In-depth studies of B cells in MS are important for several reasons. The B cell-depleting therapies are very effective in MS but deplete large groups of B cells, which can have side effects. These include an impaired ability to generate protective antibodies in response to vaccines. A better understanding of more specific B cell types that drive MS may help us define specific therapeutic targets to retain “helpful” B cell responses.

It is hoped that by studying B cell responses in very early MS, we can better understand the early processes driving disease and how they are related to EBV infection, a major environmental risk factor for MS. B and T cells – MS in a minute

B cells and T cells are also known as lymphocytes, they are a type of white blood cell in the immune system. Find out more in this MS in a minute video.
Read more 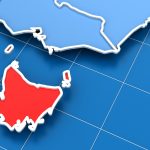 MS on the rise in HobartMS Brainbank, MS Trials, News