MS is an autoimmune disease in which the immune system mistakenly attacks the insulating myelin sheath that surrounds the brain and spinal cord. While the individual causes of MS are not known, EBV, which causes glandular fever, has long been recognized as a risk factor. EBV infects B cells of the immune system and lives mostly in an inactive form in these cells for the rest of a person’s life.

EBV has been suspected of causing MS based on several lines of evidence. For example, people who have had glandular fever have a higher risk of developing MS; and people with MS have higher antibodies to EBV in their blood. However, this evidence is not conclusive.

Determining whether EBV actually causes MS has been a very difficult task, because around 95% of adults are infected with EBV, and yet MS is a relatively rare disease, affecting around 1 in 1000 people. In addition, the symptoms of MS do not appear until around ten years after EBV infection occurs. This requires very large numbers of people to be studied over time, to determine the connection between EBV and MS.

In a new study from Harvard University, the researchers followed a group of more than 10 million young adults in the U.S. military, 955 of whom were diagnosed with MS during their period of service. Blood samples were collected at the start of service and two-yearly thereafter, so the researchers had access to multiple blood samples from the leadup to MS onset (for 801 of the MS cases).

The researchers found that in this group, the overall risk of MS increased 32-fold after infection with EBV. The researchers found no increase in the risk of MS after infection with other viruses, including cytomegalovirus, which is transmitted in a very similar way to EBV. The sheer magnitude of this increase in risk in such a large cohort suggests that EBV is an important factor in the development of MS.

It is likely that the disease mechanisms underlying MS begin several years before the onset of symptoms. The time between conversion to EBV-positivity, and the onset of MS was around 7.5 years (range 2 – 15 years). To examine this further, the researchers looked at a blood marker of nerve damage in people who would later go on to develop symptoms of MS. This marker, called neurofilament light chain, can be elevated as early as 6 years prior to symptom onset. However, the team found that this marker only increased after EBV infection, consistent with a causal role for EBV in nerve damage in MS.

There was only one person in the study of the 801 MS cases who was EBV-negative in the blood sample taken prior to MS onset. It is possible that they became infected after the last blood collection, did not mount a detectable immune response to the virus, or were misdiagnosed with MS. It is also possible that MS is occasionally caused by other viruses.

What does this mean for future research?

“The hypothesis that EBV causes MS has been investigated by our group and others for several years, but this is the first study providing compelling evidence of causality,” said Alberto Ascherio, Professor of Epidemiology and Nutrition at Harvard Chan School and senior author of the study in a Harvard University press release. “This is a big step because it suggests that most MS cases could be prevented by stopping EBV infection and that targeting EBV could lead to the discovery of a cure for MS.”

MS researchers have conducted a three-year follow up of a cutting-edge clinical trial from 2018, which targetted EBV in people with progressive MS.
Read more 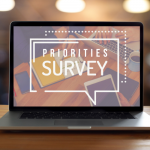