In 2018 MS Research Australia announced the outcomes of a novel, cutting-edge clinical trial. This trial, funded by MS Research Australia and MS QLD, aimed to test a new treatment option for people with progressive MS. The treatment was a new method called ‘adoptive T cell immunotherapy’ – which targets the Epstein Barr virus (EBV). This trial was an early-stage trial designed to test this treatment option’s safety, an essential step of earlier trials.

The procedure involves taking blood from participants and extracting T cells, which are immune cells that recognize and kill specific cells, such as virus-infected or cancer cells. From this T cell mix, cells that target EBV are specifically expanded to create a powerful “immune arsenal” against EBV. The cells are then reintroduced to the person’s body and target the EBV hiding in the body.

Initially, the trial was carried out by Professor Michael Pender from The University of Queensland and Professor Rajiv Khanna AO from QIMR Berghofer Medical Research Institute. MS Research Australia is proud to have contributed to the funding of this project and significantly supported Professor Pender’s EBV research over the last decade. You can read more on this research and the original trial here.

Professor Pender and his team have now followed up on the original participants in the trial, and their findings have just been published in the journal Frontiers in Neurology.

They conclude from this follow-up study that this treatment is well-tolerated and can provide some degree of clinical improvement, sustained for up to three years after treatment. Once again, this is based on small numbers of participants and the trial was designed mainly to test the safety of this treatment option.

The next steps of this research are underway, and a further clinical trial has started. It is important to note that there are slight differences between the follow-up trial and the original trial. In the original trial, the process involved taking cells from a person with MS, boosting their EBV-killing capacity, and then reintroducing those cells to the same person. In the next iteration, the researchers are using EBV-targeted cells, but this time collected from a healthy unrelated donor instead of the person themselves. This iteration aims to be more scalable, allowing the researchers to treat more participants more efficiently and ensure highly efficient targeting of EBV, and early indications from clinical study have provided encouraging results. These studies have now been extended to a Randomized, Placebo-Controlled Phase 2 Study.

This is an important study as it is a novel way to treat MS, and is also targeting progressive MS, a form of MS for which, unfortunately, we have very few treatment options. We look forward to bringing you the results of the next stage of these trials. 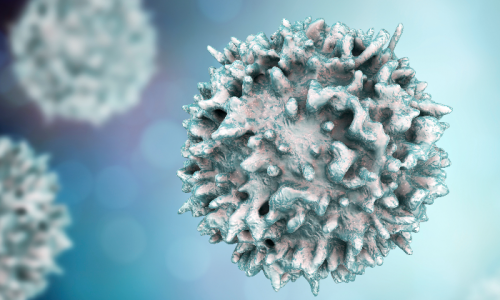 New Australian research has found a link between EBV infection and MS risk genes which will enhance understanding of the role of EBV at a cellular level.
Read more 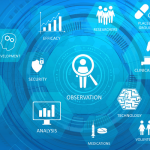