The annual conference of the European Committee of Treatment and Research in MS (ECTRIMS), held in London this year, is the largest conference on the global MS calendar, bringing together researchers and health professionals from all around the world to share and hear the latest updates and research findings on treatment, care and management of MS.

In the final sessions of the conference there were some encouraging findings from clinical trials particularly for progressive MS and fascinating analyses of ‘real world’ data on MS treatment outcomes.

Progressive MS
One clinical trial presented at ECTRIMS stood out for all of our colleagues, it was a trial looking at siponimod in secondary progressive MS. Recently MS Research Australia had reported on this study. However, further results from the trial were presented at ECTRIMS. Associate Professor Mark Slee noted that while the results of the trial were ‘modestly positive’, this represents an encouraging development for people with secondary progressive MS.

The results indicate that siponimod can significantly reduce the risk of an increase in disability of 0.5 points or more on the Expanded Disability Status Score (EDSS) when compared to those who received the placebo tablets. Siponimod belongs to the same class of medications as fingolimod (Gilenya®). The effects were greater in those who still had some active MRI lesions, and who had had a shorter disease duration. Patients who received siponimod also showed a reduction in the volume of MRI lesions seen in the brain and slowing of brain volume loss compared to those who received placebo, but no effect was seen on walking speed as measured by the timed 25 foot walk. You can read more about this study here.

Professor Bruce Taylor was also interested to see the intriguing early results of a trial of fluoxetine (a drug traditionally used as an anti-depressant) conducted in Belgium and Denmark. The trial showed a statistical trend towards a reduction in disability progression but requires larger numbers of patients and a longer trial period to reveal whether a significant slowing of progression can be achieved. Fluoxetine increases the availability of a neurotransmitter known as serotonin in the brain and it is thought that serotonin may have some neuroprotective effects.

On a less positive note, the results of two trials targeting myelin repair, opicinumab, and nerve protection, amiloride, unfortunately, were unable to show positive effects in reducing or reversing disability in relapsing and progressive MS and optic neuritis respectively. While disappointing the information gleaned from these studies will help researchers go on to design further clinical trials with these and other experimental agents, to keep moving this important field forward.

Biomarkers for disease progression in clinical trials
Both Professor Carroll and Professor Taylor were excited by the new results from Sweden showing that a component of damaged nerves, neurofilament light chain (NfL) can be accurately measured in the blood of people with MS. This gives a ‘real time’ measure of how much damage is occurring in the brain and spinal cord in MS and was shown to correlate with disability progression and MRI measures of disease activity. Previously, it had only been possible to accurately measure NfL in cerebrospinal fluid which involves a much more invasive procedure. This finding opens the way for an NfL blood test to become a valuable part of clinical trials for new medications for progressive forms of MS.

Vitamin D and MS
Professor Bruce Taylor, a lead investigator in the PrevANZ vitamin D MS prevention trial that is currently being supported by MS Research Australia, was interested in the outcome of the SOLAR trial. This trial looked at the effect of high dose vitamin D supplementation (10,000 I.U. per day) in people with relapsing remitting MS who were also receiving interferon-beta (Rebif) treatment. The study showed a small additional reduction in the risk of relapses in those treated with vitamin D, on top of that achieved with the Rebif alone. There was also an overall decrease in brain lesion volume in those receiving the vitamin D compared to placebo.

‘Real-world data’ and long-term treatment outcomes
Professor Bill Carroll and Associate Professor Mark Slee noted the intense interest of the ECTRIMS audience in a presentation by Associate Professor Tomas Kalincik from the MSBase team in Melbourne (previously supported by an MS Research Australia fellowship). Associate Professor Kalincik and his colleagues had conducted a major analysis comparing the clinical data of people receiving alemtuzumab, natalizumab or fingolimod, using the extensive international data gathered in the MSBase database. The results suggest that natalizumab and alemtuzumab are better able to suppress relapses in comparison with fingolimod. Alemtuzumab and natalizumab appear to be similar in suppressing relapses and disability progression, with natalizumab more often showing an early improvement in disability levels. Of course, these effects represent the overall effects across a large population and may vary considerably for each individual. Treatment decisions also need to be based on other factors including general health, family planning, and other work and life related factors for each individual.

Professor Mark Slee also noted the very encouraging results from a large, long-running UK study that has demonstrated the long-term efficacy of the interferon medications and glatiramer acetate in reducing risk of relapses and long-term disability outcomes. For Professor Taylor, another highlight was the data presented in posters from the Italian, Danish and Swedish MS registries, all of which have shown significant improvements in the long-term course of the disease and disability outcomes in the more recent era of disease-modifying treatments. Increased overall survival, reduced death from all causes and reduced hospitalisation for MS related reasons, were all noted in these studies. These improvements could not be conclusively attributed solely to the MS medications, as there may also be significant contributions made to the overall improvements in care, monitoring and management for people with MS over the same time period. 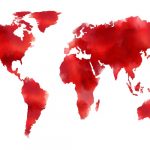 ECTRIMS Day 1 – Report from the FrontlineNews 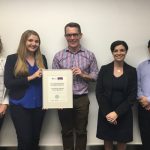