Many of these risk genes are located in a genetic region known as the major histocompatibility complex (MHC). These genes contain the instructions to make important markers found on the surface of cells that let the immune system know that the cells belong in the body and aren’t foreign. They also play a role in letting the immune system know when the cell has been infected by viruses or bacteria.

Now new Australian research shows that people with MS might make different quantities of some MHC proteins, compared to those without the disease.

MS Research Australia-funded researcher, Dr Vicky Maltby and her colleagues at the Hunter Medical Research Institute, have been investigating what is called epigenetics of MS. Epigenetics is a special type of genetic study. The prefix ‘epi’ roughly translates to be on top of, so in this case on top of genetics, and is used to refer to chemical signals, or ‘tags’ that are added on top of the DNA.

These chemicals tags can make the instructions encoded by the DNA hidden to the cell and therefore cells will not make the products from those.

In the latest study Dr Maltby and her colleagues have published, the results of their study looking at the epigenetic differences in the immune cells of females with MS and those without.

They discovered 275 areas in the genome which had epigenetic differences, and many of these differences occurred in the MHC region, in particular around two key MS risk genes HLADRB1 and RNF39. The RNF39 gene had more methylation, meaning that potentially cells will make less of it. HLADRB1 had less methylation meaning that cells may make more of this protein.

The results from this study can now be compared to other studies to help determine if certain treatments alter the DNA methylation patterns in people with MS, and to help understand their mechanism of action.

More research is needed to understand the exact effect these epigenetic differences could have on the immune system in MS and to determine if these changes occur before the disease begins, whether they are influenced by certain environmental factors, or if they occur because of the disease itself. The identification of these changes could reveal potential therapeutic targets or biomarkers for identification and diagnosis of MS. 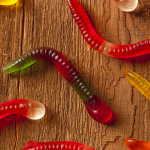 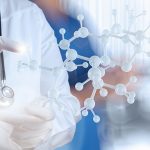