What do the MS treatments ocrelizumab, alemetuzumab and natalizumab (Ocrevus, Lemtrada, and Tysabri) have in common? The answer is that they are all monoclonal antibodies, and for this reason their names end in ‘mab’.

So what are monoclonal antibodies?

Monoclonal antibodies – known as ‘mabs’ for short – are the secret agents quietly revolutionising modern medicine, yet relatively few people are aware of their existence and what they are. They are used to treat a whole range of conditions including cancers, migraines and since 2006 they have been used to treat MS.

Mabs molecules are naturally produced by the human body (and other animals) by immune cells known as B cells and they are small,  invisible to the human eye, yet amazing proteins derived from the immune system.

If we break down the terminology, the term monoclonal means that the antibodies are coming from a single cloned immune cell, and that the antibodies produced are identical. The term antibody refers to a protein produced in response to and counteracting a specific antigen.

What do antibodies do?

There are billions of these unique missiles cruising around our bodies just waiting to find a target. When they find a target, they can unleash a full immune attack, bringing to bear the rest of the immune system to destroy the object they have deemed to be foreign. This also causes a cascade resulting in the body generating millions of copies of that exact unique antibody, known as a clone. This means that the next time the body sees that object, it remembers it and can quickly and easily mount a fully effective immune response.

A scientific revolution – the discovery of mabs

But around 40 years ago scientists discovered a way to produce antibodies in the laboratory which has truly sparked a revolution. This has led to today where antibodies (generally, not just for MS) make up a third of all new medicines introduced worldwide. Not only are they essential medicines but they are vital in diagnostic tests, and also for fundamental scientific research.

Why are mabs successful?

The key to the success of mabs is that they are highly specific, and harness the body’s powerful immune system to destroy whatever they are targeting in a very specific manner which results in a powerful treatment with fewer side effects.

How have mabs benefited people with MS?

MS is just one of the diseases that has benefited from this new technology, with Ocrevus, Lemtrada, and Tysabri being approved for use here in Australia in 2017, 2013, and 2006 respectively. All these drugs are monoclonal antibodies and they all have been engineered to target parts of the immune system and remove parts of the immune system thought to be playing havoc in MS.

Each cell in the immune system (and the rest of the body) has specific proteins on their surfaces, and scientists have generated antibodies to recognise these proteins. Ocrevus recognises a protein called CD20 which is found on a subset of B cells which then leads to their destruction. Lemtrada targets CD52, a protein abundant on T and B cells and depletes circulating T and B lymphocytes after each treatment course. Tysabri, on the other hand, binds to some proteins known as integrins and acts like a spanner in the works blocking the immune cells from getting into the brain as opposed to targeting the cells for destruction.

Generally antibody therapies are given as an infusion but the timing and dosing all depends on the effect they have on the cells they are targeting. Of course MS is a very varied disease and everyone’s response is different to each medication. It is important to talk to your neurologist about the best treatment for you, but if that treatment’s name ends in mab, it is likely to be one of these remarkable proteins known as monoclonal antibodies. 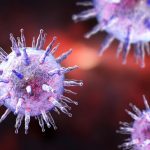 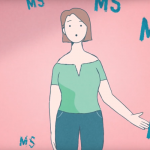