There is a large body of evidence suggesting that low levels of vitamin D increase the risk of MS onset, and several other autoimmune diseases. Our main source of vitamin D is UV from sunlight, which helps convert vitamin D to its active form in the skin. People who live further from the equator are less exposed to UV from sunlight and more prone to autoimmune diseases. Australia provides one of the best illustrations of this, as MS is seven times more common in Tasmania than it is in North Queensland. Even when you account for different levels of sun exposure, a low level of vitamin D in the blood is an independent risk factor for MS. So why do low vitamin D levels increase the risk of MS onset?

Vitamin D has a “tolerising” effect on the immune system: that is, it dampens down the immune response. In an autoimmune disease, where the immune system mistakenly attacks the body’s own tissue, a dampening effect on the immune system is a good thing. From this, you might expect that taking vitamin D should help reduce symptoms of MS. Unfortunately, the clinical trials of vitamin D in MS have so far been disappointing. Even though vitamin D treatment raised the blood levels of vitamin D, the bulk of studies show no significant impact on MS relapses or disability. So, is it time to abandon research into vitamin D as a potential treatment for MS? Researchers from the Westmead Institute for Medical Research say no, and that we are only just beginning to understand the complexities of how our immune systems respond to vitamin D.

Can we harness the immune effects of vitamin D to treat MS?

Developing a test for the immune effects of Vitamin D

In a new study, Professor David Booth and his team at the Westmead Institute for Medical Research have begun to address this. Vitamin D modulates many important processes in many different cell types within the body. It binds to a protein called the vitamin D receptor and activates it to become a “master regulator” of many genes within cells, switching them either on or off. The response to vitamin D can then be measured by looking at the level or “expression” of the target genes. The team have focused on this action of vitamin D specifically within immune cells, to see if the effects of vitamin D can be measured in a way that might be relevant to MS in the clinic.

To develop an MS-relevant test, the team chose to focus on genes that respond to vitamin D which are also implicated in increased risk of MS onset (MS risk genes), and which are known to be expressed at higher or lower levels in the immune cells of people with MS compared to people without MS. The researchers purified immune cells from the blood of people with MS (taking Tecfidera) and people without MS, and measured how much these genes responded to vitamin D treatment in the presence and absence of inflammatory stimulants. These inflammatory stimulants modelled the inflammation found in the brain in MS.

Before treatment with vitamin D, the MS risk genes studied were expressed at a lower level in the immune cells of people with MS compared to those without MS. However, when treated with vitamin D, the gene levels were increased in both the presence and absence of the inflammatory stimulant. Additionally, vitamin D treatment abolished most of the differences in gene levels between people with MS and those without MS.

Interestingly, vitamin D levels measured in the blood did not correlate with the level of the genes in the immune cells in people with MS, supporting the idea that blood levels of vitamin D may not correlate with the critical immune responses in MS. Starting levels of gene expression determined the level of response to vitamin D in culture, suggesting that there may be innate differences between people in their vitamin D response.

These results are just the beginning, to help find new ways to measure vitamin D response that are clinically relevant in MS. Future research will need to compare the immune cell response to vitamin D for both people on MS therapies and for people who are not on any MS therapies, with different forms of vitamin D.

The future for vitamin D in MS

It is hoped that this new test will ultimately allow researchers to measure the effects of vitamin D that are relevant to the dampening of the autoimmune response in people with MS. This could pave the way for clinical trials of new vitamin D forms, or new modes of delivery of vitamin D that are more effective in treating MS than the vitamin D supplements which are currently being used. 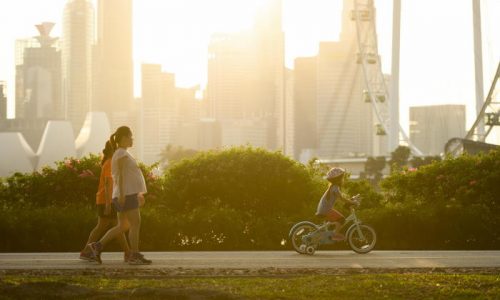 There is a large body of circumstantial evidence to suggest that a lack of vitamin D plays a large part in the development of multiple sclerosis (MS).
Read more We investigate if sun exposure and vitamin D intake have a beneficial impact on risk or clinical progression, plus share some tips for managing your MS.
Read more Simon is harnessing the power of positivity to help stop MS in its tracksFeatured Homepage, News