Research project 1: Are red blood cells sending messages and what is their role in MS?

MS Research Australia funded researcher Professor Jeannette Lechner-Scott and her team have been investigating how cells communicate with each other in the blood. Red blood cells can send messenger molecules called ‘microRNAs’ to neighbouring cells to turn genes on or off and direct their activity. MicroRNAs sent from red blood cells were compared between people with and without MS, and researchers found that 34 microRNAs were altered in MS. Targets of these altered microRNAs included up to 131 of the MS risk genes. This suggests that controlling the activity of the MS risk genes in immune cells is important not only in causing disease, but during disease. These genes provide a roadmap for immune processes that are important in understanding MS.

Aside from their role in MS risk, the team has been examining whether microRNAs from red blood cells have potential as ‘biomarkers’; that is, reliable, easy to test, biological markers of disease. Levels of specific microRNAs from red blood cells (taken in a simple blood test) were able to distinguish people with MS from those without MS, and even distinguish them from people with another neurological condition, migraine.

In addition, distinct microRNAs also tracked measures of physical disability or cognitive disability. The study, published in Clinical and Translational Medicine raises the exciting possibility that specific red blood cell microRNAs could be developed as a tool for diagnosis and monitoring disability.

What is known about genetic risk of MS?

Several diseases, such as cystic fibrosis, are caused by changes of a single gene. In contrast, the genetic risk of MS is due to a number of genetic changes, with each change increasing risk by a small amount. At the last count, there were over 200 genetic changes identified that influence the risk of MS and each change on its own cannot cause disease. Unlike cystic fibrosis, where the gene changes stop a protein from working properly, in MS the genetic changes lead to differences in the way the body uses proteins.

The second research project has begun to unpack how genetic changes link back to the biology of MS risk.

MS Research Australia funded researchers, Professor Alan Baxter and Professor Helmut Butzkueven, brought together researchers from Queensland and Melbourne to discover how MS risk genes subtly change the biology of cells. This was a huge undertaking, using cutting edge technology to screen each individual gene and see if it changed the amount of specific proteins the cell will make.

Since we know that most of the MS risk genes control the immune system, the team concentrated on five different types of immune cells. These included CD4 T cells, which mistakenly recognise myelin in the brain as a target in MS; and monocytes, which can enter the brain and destroy myelin. The researchers discovered that 129 of the 200 MS risk genes cause changes in the amounts of proteins to be made by the immune cell. These changes were seen in all five types of immune cell studied. The effects of MS risk genes, which can promote certain responses leading to MS, were fairly evenly distributed across the two main parts of the immune system: the “adaptive” response that is responsible for mistaken recognition of the myelin; and the “innate” immune response, which drives brain inflammation in progressive MS.

Some genes had the opposite response in people with MS compared to those without MS. Published in Life Sciences Alliance, this study confirms a growing body of evidence that risk genes can respond differently when they are exposed to inflammation, such as during a chronic disease. Ultimately, this work gives us a greater understanding of how MS risk genes are triggered by the environment, and of the processes involved in MS.

What do the findings from these two research projects mean?

These new Australian studies have identified important molecules, immune cells, and parts of the immune system involved in the risk of MS. They have also uncovered a potential new blood biomarker, a crucial requirement to improve disease management and optimise medications for people living with MS. 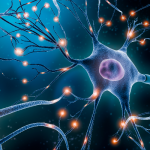