Despite many advances in MS scientifically and medically, some MS symptoms remain problematic. Symptoms such as depression, anxiety, pain and fatigue can significantly impact health-related quality of life and be challenging to manage for people living with MS and their MS health care professionals.

Mindfulness is a relaxing technique whereby one focuses awareness on the present moment, acknowledging and accepting feelings, thoughts and sensations, and has been shown to have beneficial effects in chronic illness, including MS.

However, mindfulness-based interventions can be time-consuming to learn and difficult to access for many, particularly with additional work, travel and disability burdens in MS.

To address these issues, MS Australia-supported researcher Dr Amy-Lee Sesel at the University of Sydney, explored the effectiveness of an eight-week mindfulness intervention program on people living with MS . We recently reported on the development of this mindfulness program, which you can read more about here.

What did the research involve?

The clinical trial enrolled a total of 132 participants, the majority with relapsing remitting MS, with an average age of 45 years, an average time since diagnosis of nine years and a wide range of disability scores.

Participants were randomly allocated to the same eight-week mindfulness intervention program, but in two different groups. One group commenced the program immediately, and the comparison group were “waitlisted”, meaning their program was delayed until the first group completed their program and then offered a place.

Those waitlisted were monitored regularly to ensure their mood remained well. Approximately half of the participants in each group experienced symptoms of recurrent depression (multiple episodes).

The program was delivered online and involved five 15-minute interactive modules. The modules covered topics such as dealing with stress, difficult emotions, mindful communication, self-compassion and relapse prevention. Five meditation guides were provided for daily practice and telecoaching by a psychologist to assist with adherence to the program.

Assessments on mood, anxiety, pain and fatigue were performed at the beginning and end of the eight-week program, as well as three and six months after completion to assess for any longer lasting effects. Models were used to analyse the results, groups were compared over time, and the effects on the various MS symptoms of mood, anxiety, pain and fatigue were also assessed.

There were significant differences found between the mindfulness intervention group and the waitlisted group.

The mindfulness intervention group living with depression experienced a greater improvement in symptoms of depression over time, particularly those with recurrent depression. Additionally, participants in the mindfulness intervention group both with and without depression, improved over the study period in terms of health-related quality of life and some trends toward improvement in pain interference (pain interfering with daily life).

Interestingly, the benefits were shown to be maintained at both three and six months after the program was completed. However, in contrast to other studies, there were no significant differences shown in the other MS symptoms examined of anxiety, fatigue or pain severity.

What does this mean now for people with MS?

This study demonstrates the effectiveness of mindfulness-based interventions in improving both mood and health-related quality of life for people living with MS, particularly for those experiencing recurrent depression.

However, people living with MS are encouraged to ask about opportunities for other evidence-based mindfulness programs with their treating MS healthcare team, GP and/or psychologist. Co-designing a web-based mindfulness program with people with MS

The widespread cognitive and emotional symptoms experienced by people with neurological diseases, including MS, has been highlighted by new Australian research.
Read more 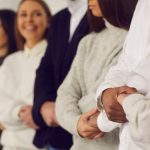 Helping others by sharing the personal experience of MSMS Brainbank, MS Trials, News