MS risk and relapses: unlocking new clues from our genes

Over 200 genes can increase a person’s risk of developing MS, but we don’t fully understand how. We also don’t know if genetics can affect how often MS relapses occur. MS Research Australia funded researcher, Dr Yuan Zhou, is seeking to unlock the mysteries of MS biology hidden in our genetic code. His new study published in Multiple Sclerosis Journal investigated how genes make a person more prone to developing MS.

Our genes are the DNA code or recipe to make proteins in our body. These proteins are amazingly diverse and control essential functions in the body. These include hormones like insulin, structural proteins like collagen, or proteins that help conduct nerve impulses. Each cell in our body contains all of our genes, but only some are switched on to make proteins needed for each body tissue, organ or system to function.

There are subtle differences between individuals in the DNA code. These differences can cause changes in protein structure, but often they just change how much of the protein is made or how it is processed. Sometimes these differences can make our bodies more prone to disease. So far, we know very little about how genes can make a person more prone to developing MS. To answer this, Dr Zhou investigated further into the immune system (which causes the damage in MS) and the brain (the target of the damage in MS).

Do genes make the immune system or brain more prone to MS?

To begin working out how genes increase the risk of MS, Dr Zhou conducted a mass screening of thousands of genes in immune cells and brain tissue of hundreds of people with MS. He looked to see if any genes that affect the risk of developing MS caused changes in these key systems. Specifically, he looked to see if the MS risk genes were more switched on or off than normal. From this mass screening, Dr Zhou identified two MS risk genes that were more switched off in the immune system, compared to the same genes without the MS risk-associated DNA changes.

One of these genes, called TNFSF14, encodes a protein thought to help guard against herpes virus infections.  There are two herpes viruses known to increase the risk of developing MS: Epstein-Barr virus (EBV) and human herpes virus 6 (HHV-6). The MS risk-associated variant of TNFSF14 is more switched off than “non-MS” TNSF14 gene variants. This may result in less protection from herpes virus infections in people who carry this gene.

The other MS risk gene that was different (from its respective non-MS-risk-associated variants) in the immune system was a gene called RP11-326C3.13. The function of this gene is not yet known, but its position on the chromosome is intriguing. It sits next to four other genes involved in the interferon response, one of our first-line immune defences against viruses. Dr Zhou suspects this gene may help control our body’s ability to fight viral infections. This MS risk gene was also different in brain tissue, opening the possibility that antiviral response in the brain might also influence MS development. Together, the findings suggest that genetics influence our response to viral infections, and that this underpins some of the risk of developing MS.

Can genes affect the frequency of MS relapses?

Dr Zhou’s PhD student, Marijne Vandeburgh, conducted the largest ever MS study investigating if genes can affect the frequency of MS relapses. This study included 991 people with MS, with the number of relapses measured before study participants started MS therapy.

The team found that a variant of the gene WNT9B, was associated with a higher risk of MS relapse. WNT9B is critical for development of the nervous system, and in laboratory models of MS, affects regeneration of the myelin sheath after nerve injury. People who carry this gene variant were relapse-free for only one year, compared to two years relapse-free for people who did not carry the gene. The team also found that carriers of the gene started MS treatment earlier.

The other key influencer of MS relapses in this study was a collection of genes controlling the response to vitamin D. Vitamin D is known to dampen the immune response, and higher levels of vitamin D in the blood are associated with fewer MS relapses.

Both WNT9B and vitamin D influence immune cell invasion into brain tissue. This immune cell invasion is a critical step in MS relapses, that can be effectively halted by the use of natalizumab (Tysabri), a modern MS therapy. This study, published in Annals of Neurology has identified two important pathways through which our genes could drive higher relapse rates.

Overall, Dr Zhou’s fellowship has revealed important molecular pathways driving MS development and relapses. Genetic studies like this are important because they can potentially be used to help MS specialist healthcare teams and people with MS better understand what to expect from the disease. Better understanding of MS pathology is critical for development of new therapies, and we look forward to the translation of these insights into better MS management in the future. 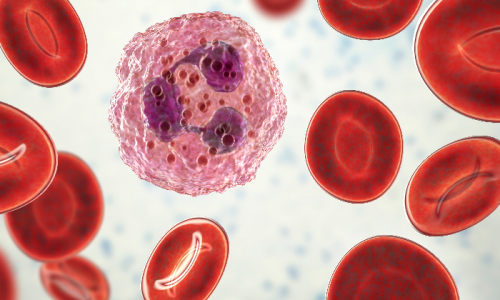 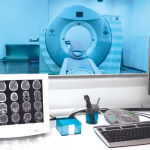 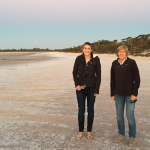 MS risk and relapses: unlocking new clues from our genes