MS subtypes: What’s in a name?

MS is a very varied disease, often affecting individuals very differently. Typically, MS has been classified into three or four different subtypes, based on some typical disease progression patterns people experience. These stem from a consensus amongst MS specialists dating back to 1996. Experts arrived at four different types of MS: relapsing-remitting (RRMS), secondary-progressive (SPMS), primary-progressive (PPMS), and progressive-relapsing (PRMS). While these are the usual subtypes, sometimes clinically isolated syndrome (CIS) or a first neurological episode (that may be retrospectively identified as MS after a second attack), is considered the fourth subtype instead of PRMS.

Regardless of the variation in classifications, these subtypes are divided according to clinical symptoms and signs rather than the underlying mechanisms that are driving the disease. These classifications are important because they are routinely used in the clinic to drive treatment decisions. The classifications are also used by regulatory authorities to work out who is most likely to benefit from various treatments, and for whom these will be approved, and if they will be subsidised on the Pharmaceutical Benefits Scheme (PBS).

Another weakness of the current classification is that there are many similarities between the different subtypes; CIS may evolve into RRMS and those with RRMS may transition into SPMS over time. The precise timing of these transitions is challenging to ascertain because it often relies on people with MS, trying to remember slight changes in symptoms and timing of changes over the last number of months.

There is an urgent need in MS to instead define disease subtypes based on the underlying mechanisms which are occurring in the body driving disease, so that new treatments can be developed to target those mechanisms. Because there are a number of people who do not respond well to existing treatment options, and it would allow the optimisation of therapy for those who do respond.

Scientists based in the UK have now published their work that redefines the subtypes of MS. By using machine learning and MRI images, scientists can use a data-driven approach rather than just trying to piece together the subtypes based on a recollection of symptoms.

Using a machine learning technique to assess MRIs from 9,390 people with MS, the scientists identified three distinct patterns of disease evolution. The machine learning algorithm separated the three MRI subtypes based on where the disease activity was first identified in the brain.

Importantly, for each of these MRI subtypes, there was a unique way that MRI abnormalities evolved within the brain. These provide scientists with important clues as to the mechanisms involved. For example, in lesion-led MS, abnormalities in the deeper grey matter appeared after the initial immune attack on the myelin. This could be the direct result of severing of the nerve fibres or this might reflect the body trying to repair the damage. A better understanding of the steps involved gives scientists more potential targets for therapies to stop or reverse these processes.

The scientists also looked at how MS progressed clinically in the people with the different MRI subtypes. They found that those with lesion-led MS were more likely to have relapses and develop more symptoms. Studies like this may lead to better ways to predict an individual’s disease path earlier in the disease and contribute to more accurate and targeted treatment options. The scientists also found they could improve prognosis even further if they combined both the machine learned MRI base subtype classification with clinical information about the person.

The scientists also looked back to see how people with the new MRI subtypes had responded to therapy in clinical trials. For several therapies, people with lesion-led MS had a better response to therapy than the other types of MS. This suggests that alternative therapeutic strategies are needed to better treat the other MS subtypes.

Using machine learning to identify patterns of MRI abnormality has provided new insights into disease mechanisms and may aid the stratification of people for future clinical trials as well as improving treatment choices. It also highlights the benefits of artificial intelligence methods in bringing novel insights to our understanding of the evolution of MS. 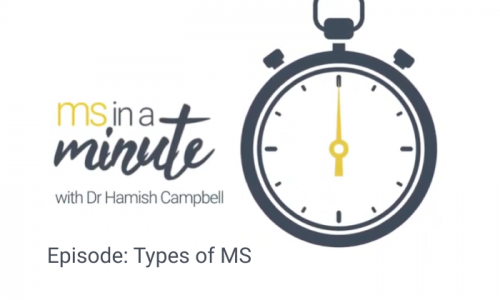 Types of MS – MS in a minute 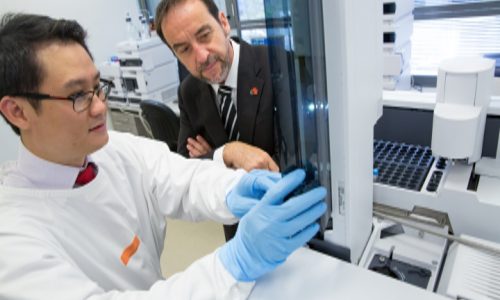 A blood test to distinguish between MS subtypes

MS Research Australia is proud to have supported the work...
Read more MS subtypes: What’s in a name?