First medication for NMOSD not recommended for listing on the PBS

Soliris was the first medication approved in Australia by the Therapeutic Goods Administration and has been shown to be effective in NMOSD. However, when considering a PBS listing for a medication the PBAC is required to consider many factors, including the effectiveness of a treatment, the cost to the Government, and the likelihood of benefit to people.

The safety and efficacy of Soliris were established in a clinical trial known as PREVENT, which involved 143 people with NMOSD who had anti-aquaporin-4 antibodies in their blood. The trial showed that Soliris was effective in delaying relapses compared to a mock treatment. In keeping with these findings, the criteria for its use in Australia is that patients with NMOSD must also have anti-aquaporin antibodies in their blood before being prescribed Soliris.

Further information about Soliris can be found here.

This announcement is particularly relevant to the MS community because early in the disease course, NMOSD can easily be mistaken for MS, but as mentioned, it is a different immune-mediated disease. Unfortunately, medications developed for MS do not appear to block the relapses and may even make outcomes worse in NMOSD.

In a joint submission with the Centre for Community-Drive Research and MS Australia, MS Research Australia advocated for the inclusion of Soliris on the PBS.

The PBAC concluded that although they considered that eculizumab was somewhat effective in reducing relapses, the magnitude of the effect on disability progression and quality of life was highly uncertain. Additionally, at the proposed price, the cost of listing eculizumab on the PBS was high for the number of patients expected to be treated. The company behind Soliris, Alexion, has commented that they will continue to work with the PBAC and the Department of Health to reach an agreement that ensures long-term, sustainable access to Soliris for people living with NMOSD.

MS Research Australia supports affordable access to all proven treatment options allowing people with MS and MS-like diseases and their doctors to find effective therapies. Given that Soliris is the only approved therapy for NMOSD, MS Research Australia is hopeful that any future submissions to have Soliris included on the PBS will be successful. 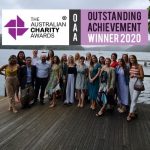 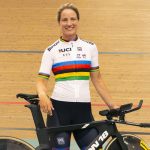 First medication for NMOSD not recommended for listing on the PBS