AHSCT is an immune-suppressing chemotherapy treatment combined with reinfusion of blood stem cells, with the aim of rebuilding the immune system without MS. Whilst AHSCT may be able to stabilise or improve disability in some people with MS, MS is a disease with a varied outcome affecting each individual differently and therefore this treatment is not suitable for all people, nor all types of MS.

As a result, AHSCT clinical trials moved to mainly enrolling participants with relapsing remitting MS as well as using a less aggressive chemotherapy regimen to try and reduce some of the chemotherapy-related side effects. These trials showed that there was sustained reversal of neurological disability after AHSCT in people with relapsing remitting MS. However, these trials only involved small numbers of participants. Also, treatment by AHSCT wasn’t being compared to standard disease modifying therapies (DMTs). This comparison didn’t happen until 2019 when the results of an international clinical trial, called the MIST clinical trial, was published, comparing the effect of AHSCT and standard DMTs on MS progression in 110 people with very active relapsing remitting MS over a period of up to five years. This study showed on average that participants treated with AHSCT had improvement in disability and fewer relapses compared to participants on the standard DMTs. There were also no deaths.

What did this new study look at?

The areas of unmet need in understanding the role of AHSCT in MS care are firstly, consistent follow-up of large numbers of people with relapsing remitting MS who have undergone AHSCT and secondly, understanding whether AHSCT benefits those with newly diagnosed secondary progressive MS who still experience active inflammation (“active” SPMS).  Published in the Journal of Neurology, this study reported the results of a single-centre real-world experience of AHSCT in 507 participants with MS (414 RRMS, 93 “active” SPMS) who had undergone the procedure between 2003 and 2019. On average, the participants had received four DMTs prior to receiving AHSCT treatment.

One of the major risks of AHSCT has been death (mortality) related to the procedure. However, transplant-related mortality (TRM) rates of AHSCT have dropped to about 1% now compared to 3% a decade ago. In this study, there was one death due to a hospital-acquired legionella pneumonia post-procedure, making the TRM 0.19%. The overall survival was 98.8% due to five non-treatment-related deaths, which all occurred more than one year after the procedure.

The main infections that participants developed during and after the transplant period were bacterial and viral, causing common infections such as urinary tract, sinus, gut or upper respiratory tract infections, which resolved with treatment.

What can be concluded from this study?

The study shows that overall, AHSCT is an effective one-time therapy for people with very active relapsing remitting MS who are not responding to standard DMTs. In particular, people with relapsing remitting MS who have undergone AHSCT treatment experienced reversal of disability by greater than 1.0 EDSS. While there are some risks, including infection, secondary autoimmunity and death, these have significantly improved over the years due to improved patient selection, the choice of conditioning regimen (moving towards less aggressive regimens) and the increasing experience of transplant centres. 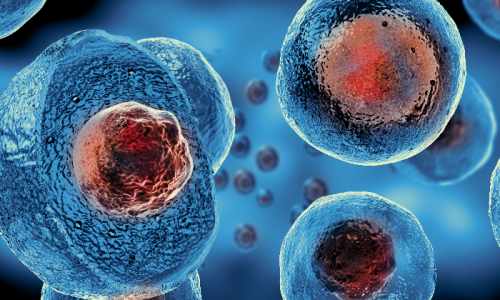 AHSCT explained: what is its role in the arsenal against MS?

AHSCT for MS has gained increasing interest in recent years, but what is its role against MS? We explore the most common questions about AHSCT.
Read more 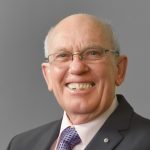 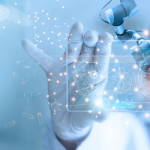