The beat goes on! Life and love of music after MS

The power of music, and the pursuit of a passion, have helped Simon stay positive while learning to live with multiple sclerosis (MS).

When he started having symptoms in 2003, Simon was misdiagnosed with a number of conditions, including repetitive strain injuries and carpal tunnel syndrome. The possibility he had MS didn’t even come up.

It took three years to be accurately diagnosed. Then Simon faced medical retirement at just 49. He struggled to process this sudden end to his computer software career. “I resisted and tried to continue working, only to have a nervous breakdown at work,” Simon says.

Over the next 18 months he regained control of his life

Simon has always loved music. While growing up in The Netherlands, he played bass in a high-school rock band called Anacrusis. As he came to terms with having MS, Simon decided to reconnect with his creative side. He was bringing Anacrusis back!

It was hard to play instruments because of MS, so Simon learned to make music with software instead. He set up a studio at his home in Canberra and began to experiment with digital art.

Simon is now a recording artist

He moved to Thailand in 2019 with his partner Nan and dogs Clem and Mi. He is mixing, mastering and recording tracks at his second home studio. He released his first EP, and within months he’d made a whole album, Sounds from Many Scars. You can hear Simon’s music online.

These days, Simon sees his MS in a positive light, because it gave him time to focus on music. His new motto, Think Positive, is tattooed on his arm. But he acknowledges the journey’s been hard.

He’s grateful for the care and support of the MS community. After his diagnosis, Simon’s neurologist suggested he visit a nearby MS Plus branch. He learned how to administer injectable treatments, but he also connected with a wonderful counsellor who he says saved him.

“The counsellor helped me learn to live with an incurable illness and accept my new normal.”

He says it was also helpful and uplifting to get regular updates about MS research that was being funded by the MS community.

Now Simon is paying it forward

Simon’s mother, Brenda, included MS in her Will, and inspired Simon to do the same. He says the process itself was very straightforward. He talked about his gift with his adult children — who fully support his decision — and gave his instructions to the solicitor. That’s it.

Most importantly, including a gift in his Will to MS has given Simon a great sense of satisfaction. He says, “If my gift can help current and future people living with MS, in some small way to better manage their condition, I’ll be happy.”

You can help fast-track a cure as well

You can fund more brilliant research, and make sure services and support continue to give people like Simon the best possible quality of life — by leaving a gift in your Will. Even 1% or 2% of what is left after gifts to family and friends can make a huge difference. It costs nothing now, but changes so many lives into the future.

For a no-obligation chat, please contact our friendly Gift in Wills Manager, Laura, at futureplanning@ms.org.au, visit mymslegacy.org.au or call 1800 443 867 today. 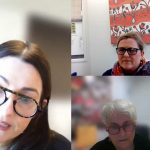 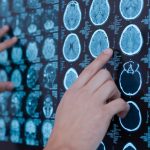 The beat goes on! Life and love of music after MS