MS predominately affects young women at an age when many are starting or growing their families, making treatment decisions even harder. Two new publications have looked into treating women with MS during pregnancy.

Three out of every four people with MS are female and it often strikes at an age when many are starting or growing their families.

MS does not affect fertility, meaning people who have MS have the same chance of having children as those without MS. This brings the tricky question of treatment options for women with MS during pregnancy.

While there has been a recent push for earlier treatment in everyone with MS to prevent the accumulation of disability over the longer term, traditionally, women have been advised to stop treatment in the lead up to or during pregnancy – potentially risking damaging relapses. There has also not been much research about the safety of disease modifying therapies during pregnancy in MS, meaning people with MS and their medical teams are making decisions with limited information.

Two recent publications aim to redress this balance and provide evidence and guidelines for the use of disease modifying treatments while pregnant.

The first is a large international study, led by Australian researcher Dr Vilija Jokubaitis from Monash University using data from the huge clinical database MSBase, which captures information about treatments and outcomes from thousands of people with MS world-wide.

Published in Multiple Sclerosis and Related Disorders, the analysis included over 9000 women with MS between the ages of 15 and 45. In this group, 1,178 women recorded 1,521 pregnancies. 42% of these pregnancies occurred while the woman was taking a disease modifying therapy for their MS. On average, women were on treatment for 30 days of their pregnancy, and this was similar regardless of the type of therapy used. These pregnancies were compared to those which occurred within a year of stopping treatment (20%) and pregnancies where the woman had received no treatment for over a year (39%).

When they compared pregnancy outcomes in people on treatment to those off treatment, there was no difference in the rates of full term pregnancies, pre-term or premature deliveries or miscarriages. Women were more likely to have had an induced abortion if they were on MS treatments that carry the higher pregnancy classifications (either evidence of some harm to the foetus in pregnant women or evidence of harm from animal studies).

In addition, the Association of British Neurologists have released consensus guidelines for the treatment of MS in pregnancy. The guidelines were based on data from pregnancy registers that are maintained for some of the MS medications currently available and other published information.

The guidelines have very detailed recommendations for clinicians about the use of each of the currently available medications during pregnancy but also identified these key points for women with MS who wish to have children:

Both studies highlighted the need for further ongoing tracking of medications and pregnancies in women with MS and the need for greater data collection to inform this important topic.

Given the variability of MS and the need to consider personal life circumstances and other health factors in making choices about MS treatments, it is important for women with MS who are considering or planning pregnancies to discuss their treatment options with their medical team.

*Dr Jokubaitis is also a current recipient of an MS Research Australia Fellowship in which she is examining whether genetics may help us to predict future outcomes in MS. Dr Ai-Lan Nguyen, the first author on the study, is a clinician who is currently undertaking a PhD with MS Research Australia funding looking into long term effects of MS.

Three times more women than men are diagnosed with MS in Australia, so what is the role of sex hormones in MS?
Read more 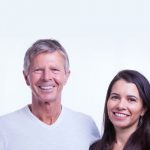 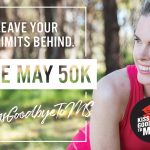 Leave your limits behind: Join The May 50K!Featured Homepage, News