Epstein Barr Virus (EBV) has long been implicated in the development of MS. Professor Sanjay Swaminathan and his team have recently found evidence that many genes that are associated with MS also are involved in the body’s ability to fight off an EBV infection.

This might go some way to explain the link between MS and EBV. By finding out how EBV interacts with these genes may help us block an EBV infection and improve someone’s MS. Specifically, this group has found that one protein from the virus hijacks some of the human genes in the immune cells they infect.

The team have shown that this EBV protein binds more often to particular MS risk genes than it binds to the gene variants associated with MS protection. They were able to successfully block the binding of the EBV protein to the human genes using an inhibitor. They found that this prevented viral “hijacking” of these genes (i.e. stopped the virus from being able to switch these genes on or off). These MS risk genes function in biological processes that are important for EBV growth and function and therefore are likely to affect the survival of EBV immune cells in people.

This work is important because it has shown that MS risk genes make the cell respond differently to hijacking by EBV, and that blocking of this specific viral protein is a potential therapeutic option for targeting EBV in MS.  Going forward, the team plans to develop new inhibitors to block this viral molecule using RNA technology, which has been shown in other applications to be safe and effective for therapy in humans.

Finally, there is a marked gender effect in MS, with females significantly more likely to develop MS than males. This phenomenon is likely mediated by sex hormones. Professor Swaminathan’s team has found that some EBV infected immune cells behave differently in males compared to females. They also found that estrogen affected MS risk gene expression and EBV function. These findings suggest that there are gender-specific differences in MS risk gene expression and EBV functions as a result of estrogen. This may in turn contribute to gender differences seen in a person’s response to EBV and to MS susceptibility.

Professor Swaminathan and his team have published several papers based on this work and have presented this work at a national conference. 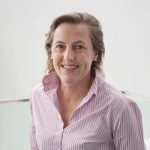 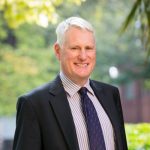