The Walter and Eliza Hall Institute of Medical Research, VIC

In MS, the immune system mistakenly attacks the insulating layer of nerve fibres in the brain and spinal cord during episodes of inflammation. However not all immune cells are involved in this destructive mechanism and there are types of immune cells that promote the protection of the nervous system. These protective cells are part of a complex network that originates in the gut. Indeed, these immune cells can act in the intestine itself, but most surprisingly they can travel around the body to distant sites such as the brain and spinal cord where they can dampen down the harmful impact of inflammation occurring in MS.

Professor Gabrielle Belz and her team have discovered that specific types of cells found in the intestine called M cells seem to be essential in producing these protective immune cells. In this project, through a combination of complex genetic and analytical methods, she is characterising M cells and investigating factors that influence how they work. She is also examining how they trigger the creation of protective immune cells.

Professor Belz and her team have made some exciting discoveries regarding M cells regulating certain blood cells called IgA plasma cells, which may promote protection of the brain and spinal cord from attacks of inflammation in MS.  They have found that M cells are essential in the gut IgA antibody response and are necessary to protect against colonisation from bacteria. Additionally, the composition of the gut bacteria (or “microbiome”) is vastly different with and without M cells, which may provide clues as to how MS develops. As a result of this research, two new models of MS for use in the laboratory have also been developed to try and work out the drivers behind the development of antibodies.

The early findings of this study have been presented at national seminars and have also been the subject of a scientific poster presentation. Moving forward, Professor Belz believes she can resolve a key mystery linking the immune response generated in the gut and its role and impact in the brain. Hopefully, these future discoveries will also offer potential new targets for treatment of MS through altering the immune response. 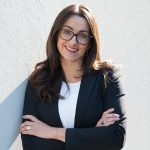 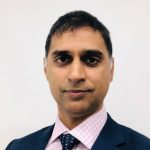