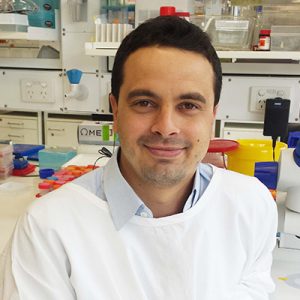 MS is an autoimmune disease that results from the loss of myelin, the insulating sheath around nerve fibres. This causes significant disruption to the transmission of electrical signals along the nerve fibre.

Myelin is layered down around nerve fibres and is continuously remodelled with brain development and experience. Disruption to myelin in MS leads to alterations in the communication between nerve cells and the myelin-producing cells in the brain. Little is known about how these cells communicate with each other and it is becoming increasingly clear that this is critical to the disease and repair process in MS.

Dr Jerome Staal’s project will investigate how the activity of nerve cells regulates the interactions between nerve cells and myelin-producing cells in the brain with a specific focus on how these interactions shape the structure and function of the brain during development.

Communication between nerve cells and myelin-producing cells is mediated by specific chemicals, termed gliotransmitters. Dr Staal’s experiments revealed that the remyelination did not involve the gliotransmitters, but rather it appears that the electrical activity itself is what drives the changes in the surface of the nerve fibres. This stimulation allows surrounding myelin-producing cells to detect whether they should myelinate or not.

In further experiments, Dr Staal identified key molecules that are found on the surface of the nerve fibre were involved in regulating the communication between nerve cells and the myelin-producing cells to influence myelination.

Dr Stall also investigated another type of support cell in the brain, called astrocytes. He found that these cells were capable of changing the connections between the nerve cells in the young adult brain. The remodelling of nerve connections is a normal process in the development of the brain, however it was previously not know that astrocytes were involved.

Upon more in depth investigations, he discovered that a particular protein, called MERTK, was involved in this remodelling process. The MERTK gene has previously been implicated as a risk factor for MS and the protein is also known to be increased in established MS lesions.

Using a laboratory model, Dr Staal was able to show that rather than a direct effect by astrocytes it seemed that they were in turn activating another cell type called microglia. Microglia can play both a support role and an inflammatory role in the brain.

Revealing this complex pathway of cells and molecules that ultimately can shape and repair the brain is crucial for us to understand at which point in this path we can intervene to try and enhance myelin and nerve repair in MS.

Loss of the synapses, or connections, between nerves is an early feature of MS. Understanding how these synapses are lost is important so that future treatments that reverse or prevent these effects can be developed.

During this grant, Dr Staal presented his work at a national and international conference. This work also contributed to the Honour’s thesis of Mr Eddy Yang who is now continuing his postgraduate studies. Looking for overlap between MS and type 1 diabetes 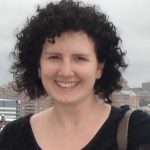