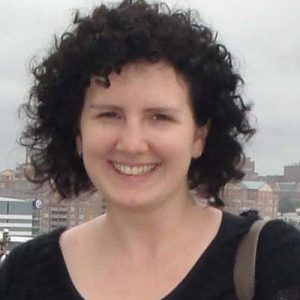 Myelin coats the nerve cells in the brain and spinal cord. In MS there is damage to the myelin, and in the early stages of the disease there is some ability to repair the myelin, a process known as remyelination. Over time the body’s ability to remyelinate becomes impaired, leading to incomplete repair and contributing to the progression of MS symptoms. It is crucial to identify potential new treatment targets that can promote myelin repair, prevent nerve damage and halt MS disease progression.

Dr Jessica Fletcher, funded by an MS Research Australia Fellowship with the support of the Trish MS Research Foundation has been working with Dr Simon Murray and Dr Junhua Xiao at The University of Melbourne. She has been working on a nerve growth factor, known as brain-derived neurotrophic factor (BDNF), which has been found to promote myelination by activating different receptors, or docking stations, on the surface of myelin-producing cells (known as oligodendrocytes). BDNF is known to function alongside a number of other specific chemicals (including Erk1/2) and so Dr Fletcher is using a laboratory model of a MS-like illness, to see whether the Erk chemicals in this pathway can work together to increase myelin production after activation with BDNF.

Dr Fletcher made significant progress over the course of her research fellowship.  She has found that when a laboratory model of MS was given BDNF, Erk1/2 pathways within the myelin producing cells. In turn, this appears to enhance myelin repair, as at the same time, she discovered that more nerve cells were myelinated, and had a thicker myelin sheath. Dr Fletcher was able to show that removing this pathway within the cells stopped the myelin repair, proving that this pathway is required for myelin repair. This is the first time this has been demonstrated and these findings have been submitted for publication in scientific journals and has already been presented at national and international conferences.

To identify targets for future therapies, Dr Fletcher also performed experiments to determine which other molecules might be involved in the activity of Erk1/2. She has concentrated on the way that ERk1/2 interact with the molecules involved in regulating gene activity. She has now identified the mechanism of this interaction at a molecular level. In follow up work Dr Fletcher is determining the functional relevance of these interactions to the repair of myelin in cells grown in the laboratory. This will determine if they could be potential targets for future therapies to promote myelin repair in MS. This project is the first step towards identifying whether the BDNF pathway may be a useful target for developing new treatments to promote myelin repair and halt MS disease progression.

As a result of her work, Dr Fletcher also secured further grants from the Ian Potter Foundation, the Gordon Research Conferences, the International Society for Neurochemistry and The University of Melbourne. This research provided preliminary data for grants awarded by the ARC Discovery Project Scheme, CASS Foundation and United States Department of Defense. Dr Fletcher was awarded the 2018 Melbourne Neuroscience Institute Fellowship which will allow her to continue to this work. 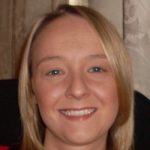