There is a marked gender effect in MS, with women significantly more affected than men. This phenomenon may be mediated by sex hormones, particularly oestrogen. Females are protected from MS relapses during pregnancy, particularly during the third trimester, when oestrogen levels are high. However, they are at increased risk of a relapse after delivery when oestrogen levels drop. Despite this, clinical trials aimed at mimicking this pregnancy protection, using estradiol (a form of oestrogen), have been unsuccessful.

Mr Jeremy Keane and his team have found that certain immune cells infected with Epstein-Barr Virus (EBV) express MS risk genes differently in cells from men compared to those from women. In this study, he seeks to determine if these differences are caused by different responses to sex hormones. He will test this by changing the sex hormone levels in EBV-infected cells from men and women that have been grown in the laboratory. This work will indicate how sex hormones may affect MS, which may be used for therapeutic benefit.

Mr Keane has been doing extensive experimentation on EBV infected blood cells, looking at differences between male and female cells when exposed to female sex hormones. In particular, he has been looking at the genes known to influence the risk of developing MS. It is known that MS develops through a complex interaction between environmental factors(such as an EBV infection), sex differences, and genetic factors, however, the exact mechanism of how MS develops is still unknown.

Mr Keane’s experiments showed that in female cells grown in the laboratory in the presence of female sex hormones, the EBV changed some of the genes which the cell uses. In other words, the EBV virus further hijacks some of the regulatory systems within the cell. He found that there was a correlation between the level of estrogen receptor in the cells and the amount of EBV DNA in the cells, and also how many EBV genes were being made, but this was only observable in female cells, not male cells. These observations suggest sex differences right at the cellular, and genetic level could be contributing to the increased MS risk for females.

This study is helping to link genetic risk factors, sex hormones, and EBV. This work is ongoing and hopefully will continue to shed light on the complex interplay between these factors, increasing our understanding of how MS develops. 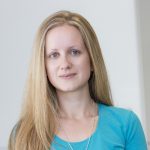 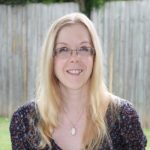