Social cognition refers to the processing of social information, such as the ability to recognise facial emotions. The impact of social cognitive impairment has been overlooked in various neurological disorders. This has recently changed with it being recognised as one of the six core components of cognitive function. Impairment in social cognition may be evident in the early stages of MS and may provide information on the longer-term outcomes of social functioning and quality of life. Therefore, screening for such impairments is crucial for improving the quality of life of people with MS. At this stage, social cognitive function still isn’t routinely looked at in the clinic.

Currently, it is still not known which measurements for social cognitive impairment are best suited for people with MS and which can predict the longer-term outcomes, such as mental health and wellbeing. This research project aims to address these issues by comparing conventional tests with more true-to-life social cognitive tests and looking at how well these tests predict real-world outcomes. Professor Henry will also look at cognitive (e.g. attention, memory, learning) and lifestyle (e.g. exercise, diet, living conditions) factors and the role they play in social cognitive impairment.

By identifying sensitive tests to assess impairments in social cognition, the findings of this research will have direct implications for clinical practice, where advancements will be made in the understanding, treatment and management of MS.

Although recruitment for this project was delayed due to the COVID-19 pandemic, Professor Henry managed to recruit and assess 27 people with MS and 27 people without MS who acted as controls for the study. The participants all underwent 2-3 hours of extensive cognitive testing; including facial recognition tests, the ability to recognise emotions in others, as well as more general cognition tests to look at attention levels, language, learning and memory. Although the final number of participants was lower than originally expected, the researchers believe the findings answer the key research questions. The findings show that, as predicted, people with MS do not present with a uniform profile of difficulties in social cognitive measures. Areas of difficulty but also some areas of preservation have been identified. Findings also reveal some associations between social cognitive difficulties and wellbeing. A manuscript is currently in preparation to explore the findings from the study in more detail, with hopes of publication later in 2022. 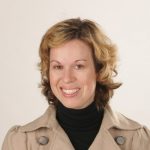