Of the 2.8 million people worldwide living with MS, approximately 1 million live with continuous clinical decline and worsening disability, known as progressive MS. The exact triggers of MS are not fully understood but are thought to involve inflammation driven by genetic and environmental factors. There is increasing evidence to suggest that infection with EBV is necessary for MS to develop and may be involved in driving the disease process.  A new experimental immunotherapy, ATA188, aims to target EBV and address the urgent need for effective therapies for progressive disease. The latest results, reported in October 2021, from the extension of the Phase 1 clinical trial are promising.

The body’s immune response to EBV infection involves recognising and killing EBV-infected cells by T cells. Previous work by MS Australia-funded researcher Professor Michael Pender showed that in MS, T cells’ ability to kill EBV infected cells was reduced. With viral immunologist Professor Rajiv Khanna, the team developed a method of removing T cells from a person with MS, “re-training” them to respond more effectively to EBV, and re-introducing them to the body as a treatment for progressive MS. This therapy showed promise in clinical trials but is resource-intensive to produce, requiring a new cell product to be made for each patient.

This led Atara Biotherapeutics to develop an “off-the-shelf” T cell therapy to target EBV called ATA188, derived from T cells of a small pool of donors rather than a patients’ own cells. This treatment can be ready for administration within approximately three days. There is currently a clinical trial underway that is testing this therapy. The first part of this trial aims to assess the safety of this T cell therapy and determine the recommended dose in people with primary or secondary progressive MS. The scientists are also measuring any changes in disability. The participants have been followed firstly for 12 months and then a group of them have elected to continue treatment and monitoring for up to four years.

What were the previous clinical trial results for ATA188?

Early results of the first 12 months of the current study were reported in 2020 and suggested that the treatment was safe and well-tolerated. The results also show that higher doses of ATA188 were more likely to result in a sustained disability improvement (SDI). Improvement was measured using a clinical scoring system known as the expanded disability status scale (EDSS) and other measures. Those participants who achieved improvement in their disabilities appeared to have maintained that improvement, with one participant maintaining improvement for up to 24 months.

What are the new clinical trial findings reported in 2021?

In October 2021, a further update including data from the extension phase was reported. This update included data on the effectiveness of the treatment after the first 12 months, with 24 participants completing this first part of the trial. Of the 24 participants, 18 participants volunteered to be treated for longer. Overall, nine participants showed sustained improvement in their disabilities, during the initial 12 months (seven participants) or in the following period. Of these, eight chose to remain on treatment for longer, and all but one of them maintained SDI at all subsequent time points.

The researchers also reported results of brain imaging in response to treatment. The “magnetisation transfer ratio” (MTR) measures the density of myelin, the fatty insulating layer around nerves that is damaged in MS. MTR is thought to be a promising surrogate marker of myelin loss or myelin repair. Participants with sustained disability improvement (measured by EDSS) at 12 months, had larger increases in myelin density than those without improvement. This may suggest that regeneration of the myelin sheath has occurred in the brain in these participants.

Atara is currently enrolling participants in a Phase 2 trial known as EMBOLD. In this study, ATA188 will be trialled for the treatment of patients with progressive MS, across clinical sites in Australia and the United States. We look forward to the results of this trial and expect preliminary data in the first half of 2022.

MS researchers have investigated whether a naturally occurring molecule, which some DMTs mimic, has the capacity to promote myelin repair.
Read more Researchers have used a unique screening process to repurpose approved drugs for other diseases for the repair of myelin in progressive MS.
Read more A note from our CEO: Rohan Greenland – DecemberFeatured Homepage, News 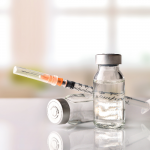