Soliris® (eculizumab) is the first medication to be approved by the Australian Therapeutic Goods Administration (TGA) for the treatment of an MS-like disease, neuromyelitis optica spectrum disorder (NMOSD).

NMOSD is a rare autoimmune disease of the central nervous system that primarily attacks the optic nerves and spinal cord, leading to problems with vision and sensory and motor function. In MS, the immune system can attack the optic nerves and spinal cord, but it can also attack nerve fibres in the brain. Typically, in MS, the immune system attacks the myelin coating on nerve fibres. In contrast, in NMOSD, the immune system primarily attacks a protein called aquaporin-4, with 75% of people with NMOSD having anti-aquaporin-4 antibodies in their blood.

Soliris is sponsored by the pharmaceutical company, Alexion, and is a medication specifically targeting the effects of NMOSD.  The safety and efficacy of Soliris were established in an international clinical trial known as PREVENT, which involved 143 people with NMOSD who had anti-aquaporin-4 antibodies in their blood. The trial showed that Soliris was effective in delaying relapses compared to a placebo (mock) treatment. Subsequently, the TGA approved the drug in Australia as the first medication for use in patients with NMOSD with anti-aquaporin-4 antibodies. The next step towards making the medication more affordable for patients, is a positive recommendation by the PBAC for subsidy on the PBS. However, when considering a PBS listing for a medication the PBAC is required to consider many factors, including the effectiveness of a treatment, the cost to the Government, and the likelihood of benefit to people. Further information about Soliris can be found here.

MS Australia’s second submission advocating for the inclusion of Soliris on the PBS can be found here. Unfortunately, the PBAC’s requirements for recommendation were not able to be met, despite strong support from both clinicians and the NMOSD community and the additional information provided by Alexion regarding the efficacy, safety and value of Soliris in the second submission. The PBAC concluded that although “eculizumab was more effective than best supportive care in reducing relapses, the magnitude of this effect on disability progression and quality of life remained highly uncertain”. They also deemed that the cost of the medication was too high compared to degree of health improvement expected with Soliris treatment (using a measure known as the incremental cost-effectiveness ratio: ICER).  Further detail on the reasons why Soliris was not recommended can be found in this document, under the generic name for Soliris, which is eculizumab.

MS Australia supports affordable access to all proven treatment options allowing people with MS and other neuroimmunological diseases such as NMOSD to access effective therapies. Given that Soliris is the only approved therapy for NMOSD in Australia, MS Australia is hopeful that any future submissions to have Soliris included on the PBS will be successful. 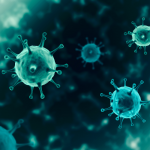 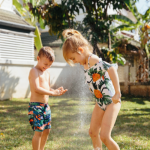