Some of the world’s best known and talented fund managers are coming to Australia to speak at the Hearts and Minds Investment Leaders Conference at the Sydney Opera House on Friday 11 November. The proceeds (including the key sponsorship and philanthropic support) from this inaugural conference will benefit four medical research charities; Victor Chang Cardiac Research Institute, MS Research Australia, the Black Dog Institute and JDRF Australia.

Dr Matthew Miles, CEO MS Research Australia, said that ‘there is a significant and urgent need to increase the amount of funding available to medical research in this country. There is no better example of this than in the field of multiple sclerosis (MS) research but we are far from being alone. This conference is investing in medical research and it is a great boost for the MS sector.’

The Hearts and Minds Investment Leaders event is the brainchild of well-known activist investor, Company Director of The Centre for Independent Studies and Board member of the Victor Chang Cardiac Research Institute, Dr Gary Weiss.

Gary says ‘This will be a game changer for medical research, all four charities are outstanding and best practice in their individual fields. Whether it be research into heart disease, multiple sclerosis, depression and anxiety or juvenile diabetes.’ The concept is similar to conferences held overseas including the Sohn and the Robin Hood Investors Conference, both starting in New York with the former now spreading its wings considerably in to other countries.

There has been an increasing and welcomed push over the last decade for charities to show a “return” on the funds spent on their mission. Gary adds that, ‘all four charities selected as conference partners have demonstrated strong leadership and very robust medical research structures which will ensure the greatest impact.’

It is encouraging to see so many people from this sector “investing” in the future of medical research in this country. MS Research Australia is incredibly grateful for this much needed support. 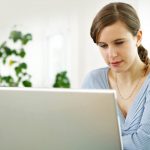 Round one of 2016 incubator grants announcedNews