Chronic Cerebrospinal Venous Insufficiency (CCSVI) is a term used to describe a potential reduction in blood flow in the major veins that drain blood from the brain and spinal cord over a prolonged period. The condition was first described as being a possible contributor to MS by Italian physician, Dr Zamboni in 2009.

Dr Zamboni’s findings raised a great deal of interest and hope amongst people living with MS that this could be a potentially treatable contributor to the development of MS or its symptoms. His findings stimulated a huge amount of research – but ultimately, attempts to independently replicate these findings were unsuccessful. In particular the large studies funded by the US and Canadian MS Societies and the very large, Italian CoSMo study suggested that abnormalities in blood drainage from the brain and spinal cord, were no more common in people with MS than in people with other neurological conditions or the general population.

Never-the-less a number of trials had been commenced, which aimed to investigate whether treating the vein blockages could reduce MS disease activity or help to reduce the symptoms of MS.

Now, Dr Zamboni and his colleagues have published the outcomes of their clinical trial conducted at six centres in Italy, known as Brave Dreams (BRAin VEnous DRainage Exploited Against Multiple Sclerosis), in JAMA Neurology.

This was a double-blinded placebo controlled clinical trial testing the safety and efficacy of venous percutaneous transluminal angioplasty (PTA) to treat MS. This treatment involves insertion of a fine surgical instrument, known as a catheter, with a deflated balloon attached to the end, into the veins of the thigh. The balloon is then pushed through the body to the azygos and jugular veins in the neck, where the balloon is inflated forcing the widening of the blood vessels and hopefully restoring the flow of blood.

177 patients with MS were screened for their eligibility for the trial. Of those 47 patients were deemed ineligible as they were not affected by CCSVI, the remaining 115 patients were enrolled. They were then randomly assigned at a ratio of 2:1 to either the treatment group to receive PTA (76 patients), or a sham treatment (39 patients) where a catheter was inserted but the balloon was not expanded. Sham or placebo surgery is an imitation surgical intervention, in which the step under investigation is omitted. This is an important scientific control necessary to demonstrate the effectiveness of a treatment.

The patients were followed for 12 months following treatment, and assessed using two main measurements; the first was a functional endpoint, which included a combined score of walking ability, balance, bladder function, hand coordination and vision. The second was the number of MRI lesions in the central nervous system.

109 patients completed the trial and were assessed for their functional outcomes. In the treatment group, 41% of patients were reported to show an improvement when looking at a combination of all functional tests, whereas 49% of patients in the control group showed improvements. Further statistical analysis was carried out looking at the various individual measures within the combined functional tests, however no statistically significant differences were identified.

The researchers also did not identify any statistically significant difference in the number of new or enlarging lesions on MRI at 12 months between the two groups. On average 1.4 new lesions were observed in the those that received the treatment compared to 1.95 in those that received the sham treatment. However, the team did note that when they looked at lesions in the 0-6 months and 6-12 month periods following treatment, there were slightly fewer lesions in the second six months following PTA treatment compared to sham treatment.

The authors speculated that this finding may have been due to changes in the blood brain barrier following treatment, but the study was not conducted in a way to provide evidence for this hypothesis.

Dr Zamboni and his colleagues noted that not all of the PTA-treated patients experienced successful restoration of their blood flow following the treatment, but despite this they conclude that while their results indicate that the PTA procedure is safe, “The procedure cannot be recommended for treatment of patients with MS; no further double-blinded clinical studies are needed.”

Despite the number of patients in this trial being relatively small, the results are in keeping with interim clinical trial results from a Canadian study released earlier this year, which also looked at PTA in 104 patients and concluded it is not effective in treating MS.

Since its first description, there has been a significant global research effort to better understand the relationship between CCSVI and MS. This study evaluated CCSVI using the gold standard for appraising potential treatments, a double-blinded randomised trial. Unfortunately, the results do not support this as an effective treatment for MS. What effect does diet have on relapse rates in children?Featured Homepage, News 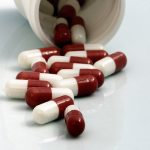