Latest progress in development of a new EBV vaccine

Infection with Epstein Barr virus (EBV) is a known risk factor for developing multiple sclerosis (MS), with a recent international study providing the strongest evidence yet that EBV infection is necessary for the development of MS. It follows, then, that preventing EBV infection could potentially prevent MS development. Efforts to produce an EBV vaccine have been ongoing for decades, and thus far have been able to reduce the severity of an infection, but not prevent infection from occurring. A recent paper describes a new vaccine targeting two different pathways of EBV entry into human cells that is highly effective in preventing EBV infection in laboratory models.

More than 95% of adults worldwide are infected with EBV. While infection can happen without a person feeling any symptoms (especially in childhood) EBV is the primary cause of glandular fever, also known as infectious mononucleosis, and is also associated with the development of MS, as well as a number of cancers. There is currently no vaccine to prevent EBV infection from occurring and no therapy to effectively treat EBV infection after it occurs. The worldwide effort to develop EBV vaccines encompasses both vaccines to prevent infection in the first place (prophylactic vaccines) and vaccines to boost the immune response to established EBV-related diseases such as cancers (therapeutic vaccines). You can read more about therapeutic EBV treatment strategies in clinical trials for MS here.

Development of prophylactic EBV vaccines has focused on boosting antibody responses to the outer “envelope” of the EBV virus. The most progress has been made in targeting a viral protein called gp350, which the virus uses to enter human immune cells called “B cells”, the major target of EBV infection in the body. An early version of this vaccine reduced rates of infectious mononucleosis by 78% but disappointingly had no effect on preventing EBV infection from occurring.

Background to the new study

The new study from Wei and colleagues at the National Institutes of Health (NIH), in collaboration with two companies, Sanofi and Modex Therapeutic Inc, describes their ongoing work in developing a combination vaccine that targets not only viral gp350 but additional viral proteins.

In their earlier work, this group described a second vaccine targeting the viral protein complexes gh/gL/gp42 that provides another pathway of entry to human B cells, but also viral protein complex gh/gL that allows EBV entry to human epithelial cells. These vaccines successfully prevented entry into both B cells and epithelial cells. Epithelial cells in the throat are the first point of contact for EBV (usually from saliva of another infected individual) where the virus replicates before subsequently infecting B cells. Therefore, prevention of EBV entry to both epithelial cells and B cells is important in preventing infection in the first place.

In the new study, published in Science Translational Medicine, the researchers tested “nanoparticle” vaccines created by genetic engineering the viral protein complexes gh/gL/gp42 or gh/gL, linked to another human protein for structural stability. These nanoparticle vaccines were tested in a variety of laboratory models of infection and were shown to produce antibodies that prevented EBV entry into B cells and epithelial cells. The team also showed that the vaccine molecules engineered in this way showed a reliably stable and consistent molecular structure that will allow them to be eventually developed for clinical trials in humans.

Next the team used the gh/gL/gp42 or gh/gL vaccines, in conjunction with their gp350 vaccine, to produce antibodies to two EBV proteins at once. By inducing antibodies to two separate pathways of viral entry into cells, the strategy maximises the chances of preventing infection occurring and also helps guard against the development of viral variants that escape vaccine-induced immunity.  The antibodies were then tested in a laboratory model of EBV infection. The team showed that antibodies raised using the vaccine combinations were able to prevent viral infection in all but one of the six animals tested, and there was no evidence of cancer formation in these animals. This very promising data further supports the testing of these vaccines in human clinical trials.

The NIH group have, in May 2022, launched a clinical trial of the gp350 nanoparticle vaccine, which will test the safety of the vaccine and its capacity to induce an antibody response in humans. Another Phase I trial of a second preventative EBV vaccine is also underway. The second EBV vaccine, being developed by Moderna, is an mRNA vaccine rather than a protein nanoparticle, but similarly aims to inhibit both epithelial and B cell entry by EBV, targeting the viral proteins gp350, gh/gL and gB.

The effects of a successful EBV preventative vaccine on the development of MS could not be definitively known for at least two decades after it was rolled out, but intermediate measures, such as reduced rates of infectious mononucleosis, would signal the potential for reduced risk of MS development. We look forward to the results of these and future clinical trials in development of these promising vaccine candidates. Australian researchers have found that estrogen may influence and interact with MS risk genes and lead to changes in response to Epstein-Barr virus (EBV).
Read more 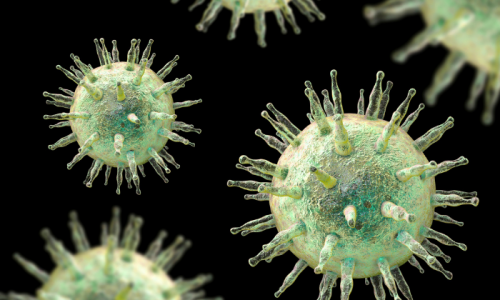 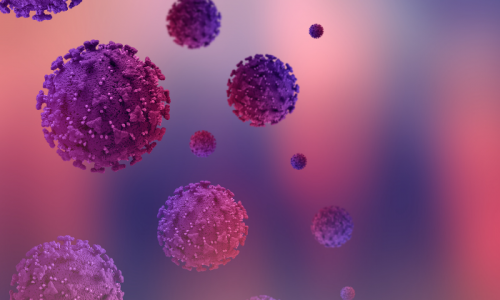 MS researchers have conducted a three-year follow up of a cutting-edge clinical trial from 2018, which targetted EBV in people with progressive MS.
Read more 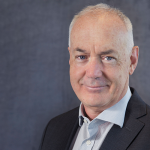 A note from our CEO: Rohan GreenlandFeatured Homepage, News

Latest progress in development of a new EBV vaccine