MS Australia announces over $180,000 towards innovative and postgraduate research

MS Australia is delighted to announce the outcomes of the first incubator and postgraduate funding round of 2022 – awarded are five new grants totalling over $180,000. Incubator grants provide funding for the early stages of innovative new research, intending to generate preliminary data needed to support future grant applications from a range of funding sources.

Historically, for every dollar invested in this funding scheme, the scientists have managed to secure an additional 27 dollars in subsequent funding, accelerating their areas of research.

Postgraduate scholarships are awarded to students with an outstanding track record who are completing a postgraduate degree in MS research.

Professor Bruce Taylor from the University of Tasmania TAS will measure the prevalence (number of existing cases) and incidence (number of new cases) of MS at three locations in mainland Australia at different latitudes, including Geelong VIC, Newcastle NSW and Townsville QLD, and compare these to Hobart TAS.

Frequencies of MS have been consistently higher at higher latitudes, including in Hobart. This latitudinal gradient has been one of the strongest arguments for the role of sun exposure and vitamin D in the development of MS.

However, Professor Taylor recently found that the frequencies of MS in Hobart, while continuing to increase over time, are reducing in magnitude compared to studies done at similar times in Newcastle. The reasons for these changes and to what extent this reduction in the latitudinal gradient may be nationwide are unknown.

This study will provide a comprehensive survey of the epidemiology of MS across the latitudinal range of Australia. In addition, it will inform whether further study of modifiable lifestyle factors, such as sun exposure, is required.

Tregs are responsible for controlling the immune cells, known as effector T cells, that cause MS attacks. However, in MS, Tregs are unable to control these immune cells. In addition, there is evidence that effector T cells that attack the brain and spinal cord in MS have acquired the ability to escape Treg control.

This project will help identify how early this immune imbalance occurs and inform us as to how MS begins, allowing us to develop strategies to prevent CIS from progressing to MS.

Many treatments for MS are available that reduce the chances of relapse, but people living with MS may need to stop or switch treatments due to side effects, ineffectiveness, pregnancy, or if transitioning to progressive MS, where there are few treatment options. Weighing the potential risks of more relapses or worsening disease without treatment against the problems of continuing therapy can be difficult.

For this project, people living with MS will have brain scans using an MRI scanner which has over twice the magnetic strength of scanners available in hospitals, providing better images and more information about disease activity. This will be compared to routine hospital scans to see if smaller and subtler changes of MS activity can be identified, potentially giving clinicians and people living with MS more information to make treatment decisions.

Dr Alistair Govier-Cole from Monash University VIC aims to understand how cells that normally repair myelin, called oligodendrocytes, may be involved in perpetuating the autoimmune reaction against myelin.

While many of the factors involved in MS onset are becoming clear, novel interactions between key players of the immune system that lead to brain inflammation are still being discovered. Dr Govier-Cole will investigate the influence of an inflammatory molecule on oligodendrocytes and their capacity to perpetuate the autoimmune reaction against myelin versus repairing myelin.

He will also explore the involvement of a biological pathway in regulating the influence of this inflammatory molecule. This pathway has been shown to promote the oligodendrocyte autoimmune reaction against myelin in preliminary laboratory work. It is hoped this work will reveal novel targets for new drugs that treat or even prevent autoimmune inflammation from occurring.

Mr Samuel Klistorner from the University of Sydney NSW will investigate chronic inflammation around longstanding lesions in MS.

Mr Klistorner and his team have shown that slow-burning inflammation (measured by MRI as an expansion of chronic lesions) is the most significant contributor to disease progression in people living with MS who are treated, and that lesion expansion is initiated by the loss of myelin around chronic lesions.

As part of this project, Mr Klistorner also plans to investigate the potential effects of remyelination therapies in preventing the damage to brain tissue around chronic MS lesions.

Based on the outcomes, the team will then develop an AI-based model to assist in modelling lesion activity in a fast and semi-automated manner.

The standard of applications for the research projects was extremely impressive, reflecting the high calibre of science underway in Australia. It is vital that our fundraising efforts continue to ensure we maintain the momentum of quality MS research towards our common goal of a world without MS.

For more information about these grants and other research projects currently funded by MS Australia, please click here. 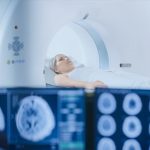 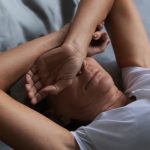 MS Australia announces over $180,000 towards innovative and postgraduate research