Why was this study needed?

It is common for people with multiple sclerosis (MS) to have interruptions to their MS treatment. Disease-modifying therapies (DMTs) may need to be stopped or changed if they are not working optimally, if side effects are not tolerable, for safety reasons or personal preference. In some cases, therapies might be swapped to minimise risk, for example, in people on natalizumab (Tysabri) who become highly positive for the JC virus.

Breaks in treatment leave people with MS vulnerable to their disease becoming more active, but the likelihood of this occurring seems to vary widely in the medical literature. There have even been cases of “disease rebound” after stopping natalizumab (Tysabri) and fingolimod (Gilenya), where MS activity becomes worse than before starting treatment.

However, due to the complex action of MS therapies on the immune system, a “washout” period is usually required before starting a new MS therapy. So it becomes a delicate balancing act managing this interval, because there is very little data available on the length of time needed between treatments.

To help solve this dilemma, neurologist researchers Prof Tomas Kalincik and Dr Izanne Roos at the University of Melbourne looked at long-term data from two very large international registries of people with MS with an international team. These were MSBase (encompassing 139 centres across 33 countries) and Observatoire Français de la Scl´erose en Plaques (OFSEP;39 French centres) in September and June 2020, respectively.

The study included people with relapsing-remitting MS who had stopped a DMT after at least one year of treatment. People previously included in a clinical trial or treated with autologous hematopoietic stem cell therapy were excluded.

The reasons for people stopping a DMT differed between the drugs. For the most highly effective drugs included in the study, mitoxantrone and natalizumab, most patients had a planned stop (85.8% and 52.7%, respectively; e.g. limited term course of mitoxantrone, or JC virus positivity for natalizumab), and not due to lack of drug effectiveness (7.1% and 8.6%, respectively). This lined up with their clinical picture, which was marked stabilisation of their MS and continued stability while on these treatments (i.e. very low relapse rate, lower than before treatment).

Of patients treated with dimethyl fumarate or fingolimod, 33.5% and 46.9% respectively, stopped treatment because of a lack of effectiveness. Patients treated with teriflunomide, interferon, or glatiramer acetate most often discontinued therapy because of a lack of effectiveness. This is consistent with a steady increase in relapse rates seen over the 12 months before stopping therapy.

The rate at which MS activity returned after stopping therapy differed among the DMTs. The peaks of relapse activity ranged from 1 to 10 months in groups that stopped different therapies and remained untreated. The detailed data on each therapy provides clinicians with important information on critical time windows.

For all studied therapies apart from mitoxantrone, the return of disease activity was reduced by starting a new therapy within the first 10 months. (Mitoxantrone exerts a prolonged effect on the immune system).

Patients treated with natalizumab and fingolimod were at the highest risk of clinical disease activity after stopping treatment. They also benefited from the earliest introduction of a new therapy (within one month for fingolimod and within two months for natalizumab).

This is in line with the known mechanism of action of these two therapies, which prevents auto-immune cells from moving out of the lymph nodes (fingolimod) and into the brain (natalizumab) to cause damage. Once these therapies are stopped, the immune cells can again cause damage relatively soon after.

This study confirms the importance of starting a new MS therapy soon after stopping one, in all cases but mitoxantrone. It informs neurologists about the ideal time windows for each MS DMT studied, ensuring switching treatments can be done as safely as possible.

Impressively large data registries have transformed MS research worldwide. Big data is extremely powerful and assists researchers in accounting for the huge variability that is often observed in MS disease activity, combined with the large number of available therapies, and still having sufficient data to find definitive answers to important clinical questions. A new study has shown that early intensive treatment for MS gives better outcomes than starting on a moderately effective therapy and escalating to stronger medication.
Read more 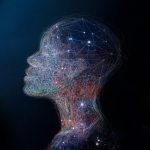