What is known about MS risk genes and proteins?

Over 200 genetic changes have been linked to the risk of developing MS, which has provided insights into the mechanisms driving the onset of MS.

The role of the genetic component in MS development, and likely progression, is complex. Most genes contain all the information to make proteins, which are key players in biological processes.

Is it possible that the changes we see in MS risk genes may affect the protein it makes?

Proteins are pivotal players in health and disease, so it is possible that altered protein levels or protein function may be affected due to changes in MS risk genes, ultimately driving MS susceptibility and progression.

However, the good news is that proteins are excellent candidates for researchers to investigate for diagnostic or prognostic biomarkers (signs) and as therapeutic targets.

Published in the prestigious journal Brain, a team supported by MS Australia, led by Dr Yuan Zhou and Professor Bruce Taylor, used cutting-edge technology to identify proteins that may be involved in the risk of MS onset and progression.

To do this, the team integrated large datasets of proteins and genes, blood and brain tissue, different cell types and clinical outcomes.

What did the study find?

The study identified 39 proteins linked with MS risk – five in the blood and 34 in the brain. These proteins have previously not been implicated in MS risk.

Many of the proteins identified are involved in the immune response, such as changes to T cells (a type of immune cell) and autoimmunity, as well as nerve damage.

In both the blood and the brain, there were changes in the level of the genes of the identified proteins in immune cells, neurons and myelin-producing cells (oligodendrocytes), reinforcing these protein candidates as MS risk proteins.

Using data from the AusLong study, which followed people for 15 years after experiencing their first demyelinating event, the researchers looked at the link between the genes of the 39 identified MS risk proteins and disability worsening.

They found that 23 of the 39 genes of the identified proteins were associated with disability progression.

What is the take-home message from this study?

The findings from this study suggest that some genetic changes may influence MS susceptibility through altered protein levels in the blood and the brain.

Further research is required to determine the underlying mechanisms by which these identified proteins may influence MS onset and progression. Nevertheless, this work paves the way for establishing robust biomarkers of MS and could provide the basis for early diagnosis and personalised medicine. Although there has been quite a bit of research into...
Read more People with MS are often very interested in the role of genes in MS. The genetics of MS has been a focus of research for many years and this has led to a great many insights into the causes of MS and the underlying biology of MS.
Read more 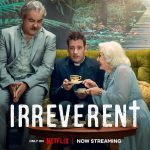 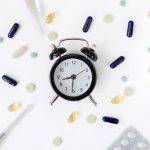